BRLO is a berlin-based craft brewery. This is BRLO's first OOH campaign around Berlin, in which they are seeking to raise awareness and feature their new label design.

Through an excessive visual concept process, we developed an eye-catching billboard series. The result features the black & white blocky BRLO look, combined with the new label elements, a touch of brush handmade texture, and playful scribbles to voice the creative and inner rebel spirit of BRLO. 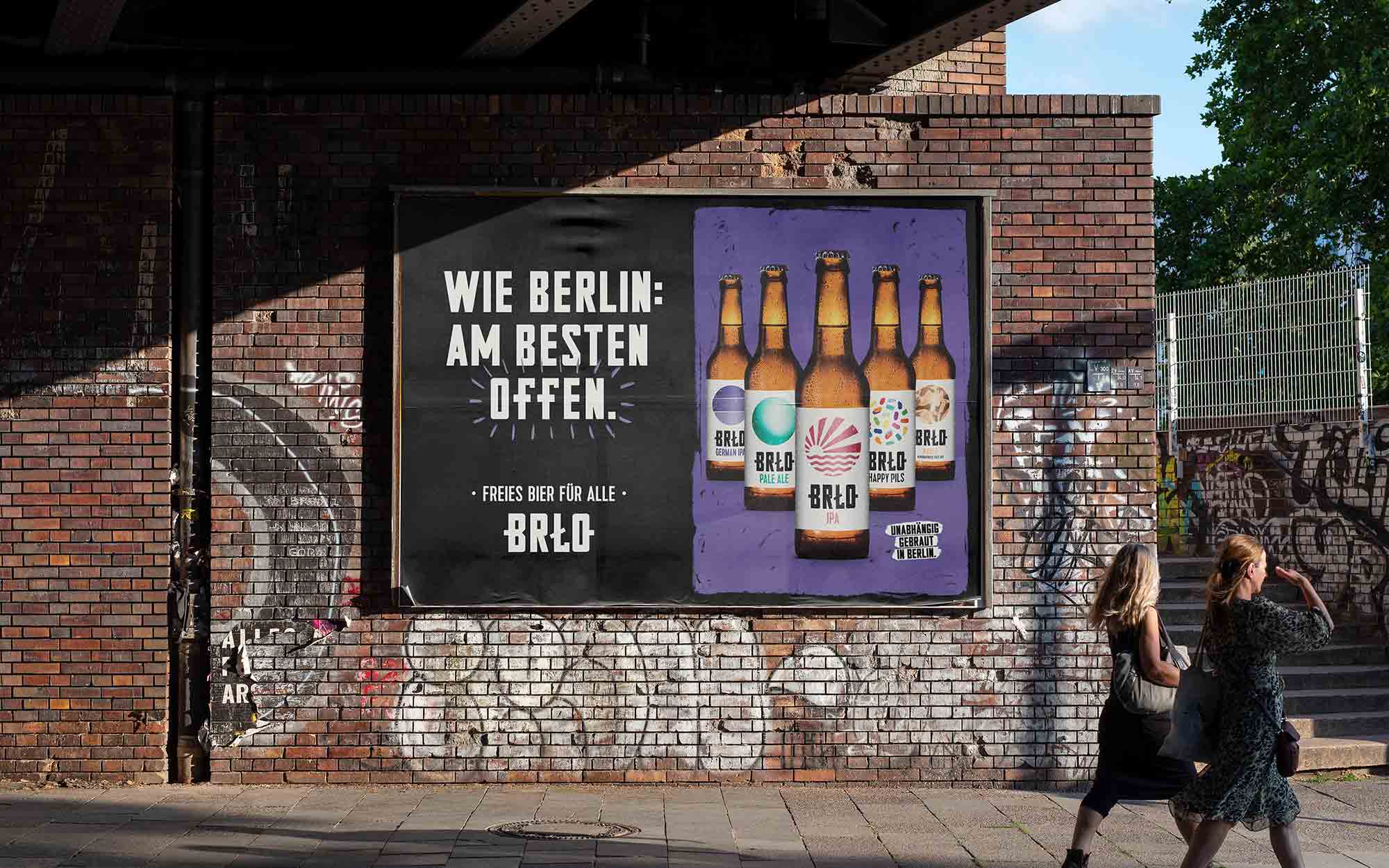 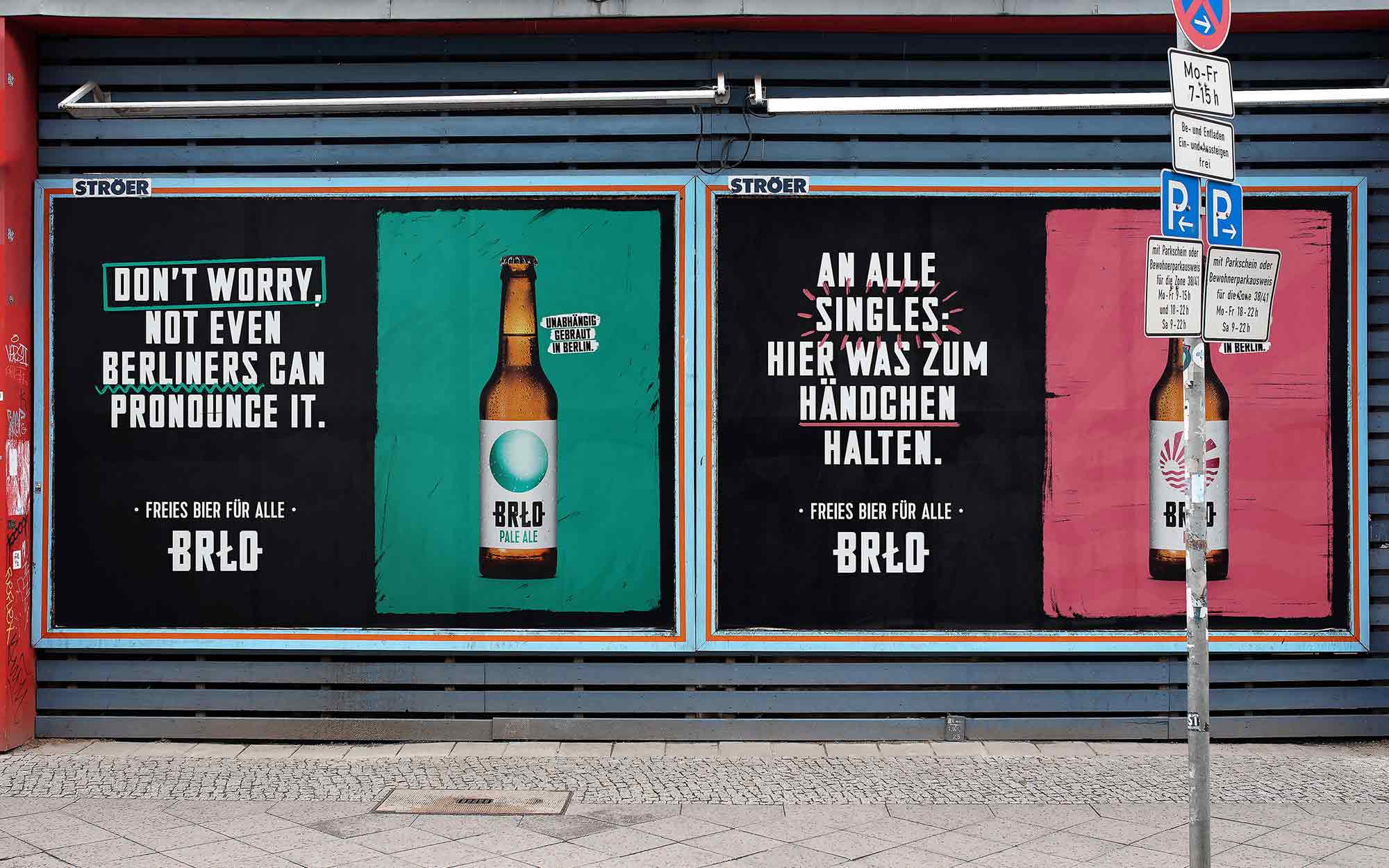 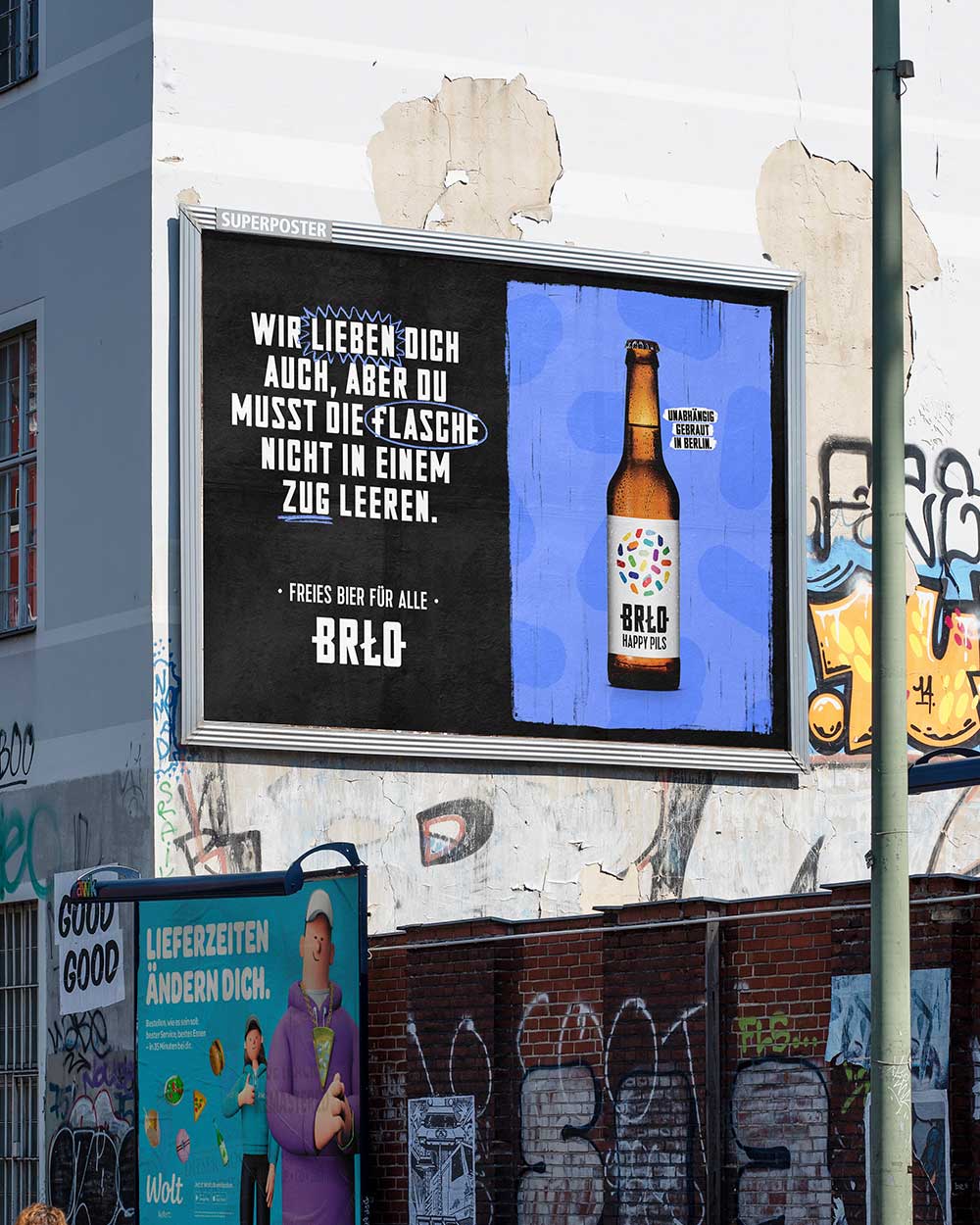 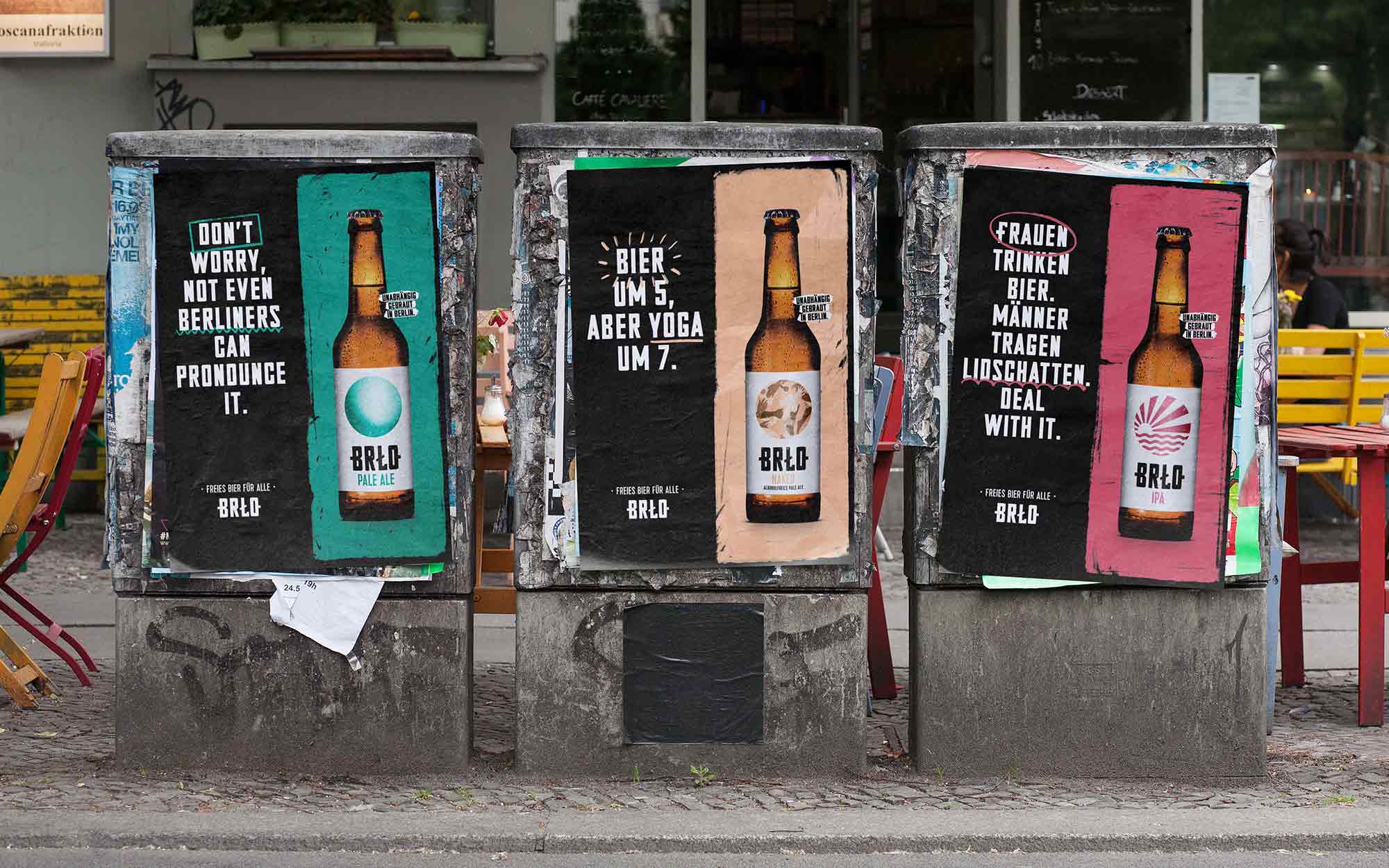